The common American workday lasts about  8 hours, with some working more or fewer hours depending on the industry. Not factored into the workday is the time it takes a person to get to and come home from work. New studies show that the average American’s commute rose 2 minutes one-way since 2009, now at 27 minutes per week. This means Americans spend about 20 minutes more a week driving to work than a decade ago. This post will discuss the change, what aspects of life it can affect and ways to improve your commute.

So, adding 2 minutes over a decade may not sound like a big deal, but as stated before that time adds up. In 2018 alone, the year researchers are referencing, workers wasted about 225 hours commuting, the equivalent of 9 calendar days. While this does not mean wages were lost for anyone, research shows that Americans lost about 166 billion in total due to fuel costs and lost time. The chart below from the US Census Bureau depicts the change in commute times over the past couple of decades. 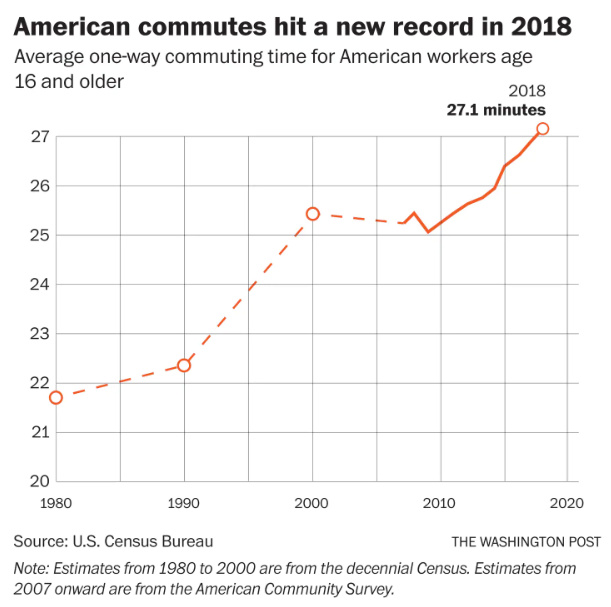 Outside of monetary effects, longer commutes hurt families, personal relationships and individual health. Researchers have linked ailments such as high blood pressure and obesity with longer commutes since they have less time for physical activity. A long commute is sure to get under someone’s skin as they try their best to arrive on time. The strain a long commute puts on a person affects their relationship with their family as well. Researchers linked longer commutes with divorce, and children with father’s who commute long distances tended to have more social and emotional issues.

If you thought long commutes only affect workers, you’d be wrong. The long drive to work may affect a worker’s productivity and satisfaction. In fact, a study showed that a 20 minute longer commute per day had the same satisfaction rate as a 19% pay decrease amongst workers. Unhappy workers are not as productive, and unproductive workers produce fewer results, thus affecting a company’s bottom line. As a whole, longer commutes affect the entire economy.

Understandably, you may wonder what you can do to improve your commute. It is unlikely there is some short cut you can take that cuts your time down. It may be worth a try to find an alternate route, even if it does not cut time, it may provide new scenery. You can spend that commute being frustrated, or you can try these tips to get you through it. Just make sure you do not get too deep into a thought that you forget you are driving.

Solutions From The State

Researchers point out a couple of major factors affecting commute times. One way to alleviate the commutes may lie with states’ decisions to put off-road construction. When roads, bridges, and highways are crumbling, people may seek better road conditions. When commuters find the good roadways to travel, they pile into that roadway, causing more traffic and delays.  Another factor is the lack of affordable housing close in metropolitan areas. Researchers found that fewer available housing options meant people move away from work in search of better prices. The farther they move the longer their commute becomes.

Daily commutes for workers has changed over the years, and not in a good way. The increase in commutes means workers spend more of their own time getting to work, putting a strain on their health, relationships, and the economy as a whole. One way to alleviate the commutes may lie with states’ decisions to put off-road construction or affordable housing close in metropolitan areas. Researchers found that the lack of good road conditions and less-available housing means people condense into roadways and move away from work in search of better prices. minutes 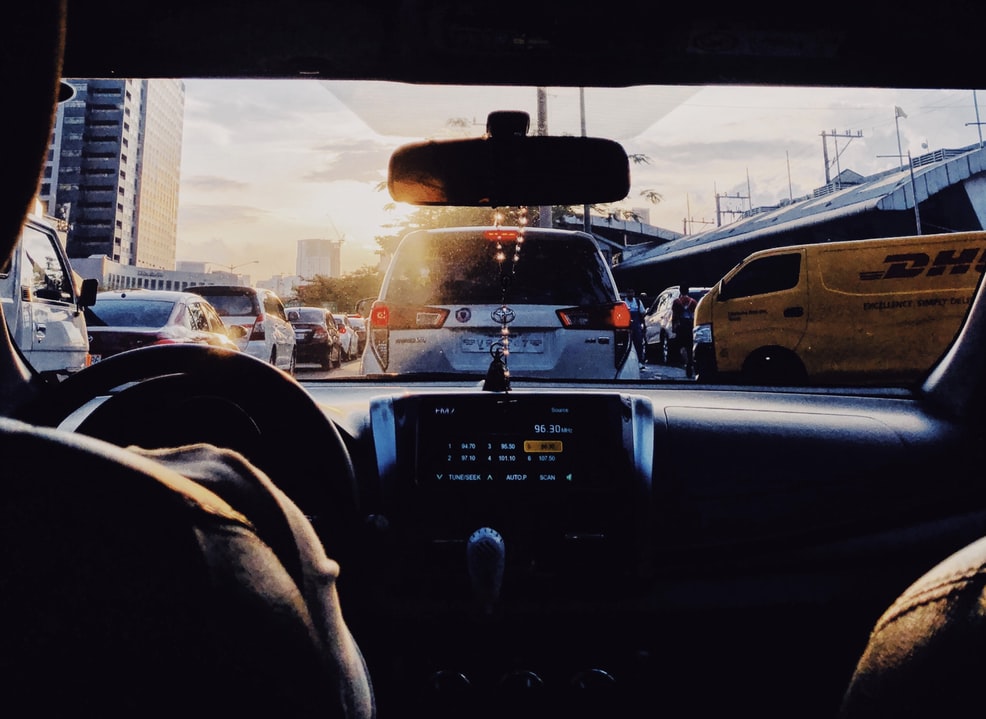