Every once in awhile we all make a mistake while operating our vehicles that end up leaving a dent, ding, or scratch on it. Whether it was accidentally backing into a car parked behind you or someone opening their car door into yours, accidents happen. Unfortunately not only are scratches and dents unappealing to see; they can be costly to repair as well. This post will go over the costs of dent removal and scratch repair and how you can do them yourself. 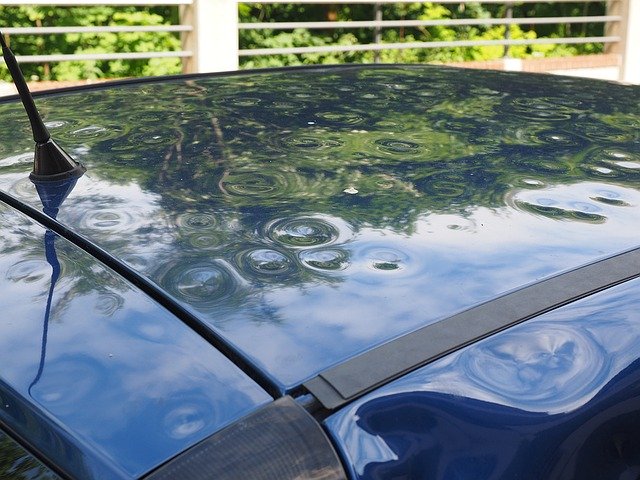 Before we get into the costs, it should be noted that large dent removal and dings should be handled by professionals. Small and large dents can give way to rust, which may spread from the original dent. Additionally, dents and dings make your vehicle less valuable, another reason to repair them quickly and professionally. So, now it comes down to where to go and how much you should expect to pay.

As far as payment goes, a typical 1-inch dent removal job should cost around $50-$120, depending on several factors. Paint damage, the skill level of the person doing it, the location of the dent, and how big the dent is all play into the cost. Bigger dents will obviously cost more, and that’s where knowing where to go matters. If you drive a luxury vehicle or have a warranty, your best bet would be the dealership you got the car from. Dealerships are typically more expensive, but they have specific tools for your model. Chain shops would be the middle option, with some shops being very specific to the type of damage to your vehicle. Lastly, small privately-owned shops are the least expensive but buyer beware. Small shops likely have the least amount of insurance so mistakes could be even worse for your car.

How To Do It Yourself

If you’re a handy person who likes to solve their own issues rather than pay someone else then this section is for you. There are several methods people have used for dent removal. Some you can do with common household tools and materials such as a plunger, not a toilet one, a hairdryer with compressed air and more. You’ve likely seen advertisements for specific tools sold online or in stores that work fine as well. Again, most if not all of these methods are good for small to medium-sized dents, not large ones. 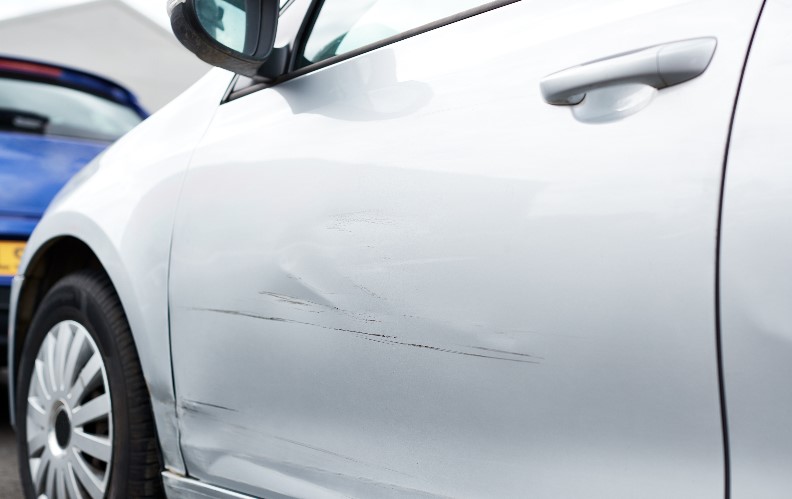 Similar to dent removal, a scratch repair can be costly and if not taken care of it can lead to further damage. Not only are scratches unpleasant to view; they leave your car’s metal exposed to rust. Additionally, large scratches and small ones lead your car to have a lower value overall. So just like dents, professionals should hangle large damage.

When it comes down to costs, paint jobs small and big are expensive. Consider that the 2 ounces of paint used to do touch up jobs usually costs between $50-$300 depending on several factors. Your car’s color, make and model will help determine the price of the paint. For the job itself, professional shops will likely charge upwards of $500 for major repairs, with smaller repairs costing around $200 and less. Of course, you could do these by yourself, so long as the damage is minor.

How To Do It Yourself

For small scratches, a quick touch up job is very cost-efficient. In fact, you may only need a touch-up pen, some sandpaper to smooth out the scratch and some car wax. A touch-up pen shouldn’t cost more than about $30, plus additional material should only cost you no more than $50 total. To repair a small scratch, rub-down the scratch with the sandpaper, cleaning it off, applying the pen, and letting it dry. After a day or two, you can apply the wax to finish it and before you know it, the scratch disappears. You can also find an abundance of videos on the internet for both scratch repair and dent removal.