Despite it being legal to not wear a helmet in Illinois, it is much safer to use one to prevent major head trauma. People may think helmets look weird, ruins their hair, or whatever the case may be. But new progress in technology has turned ordinary helmets into modern masterpieces.

Some of the new features on luxury helmets include Bluetooth, noise cancellation features, front and rearview cameras, etc. Helmets like the Jarvish X and Jarvish X-AR, have some of the most practical features. The helmets allow users to use voice activation such as Ok Google and Siri so hands and eyes can stay focused.

Aside from fancy features, recent years have been huge for the material that goes into making the helmets safer. For a long time, styrofoam was used as a major impact absorber. It may seem strange that styrofoam was and in some cases is used but the material is quite shock absorbent. Although styrofoam is cheap to produce, it was not doing enough to protect riders and passengers.

Luckily, there are new materials being used, such as Koryd, which can absorb an impact up 30 percent more than styrofoam. Not only does it do a better job at high-speed impacts, but in low-speed ones as well. Low-speed impacts are situations like falling off a motorcycle at zero mph. It may not seem very significant but standard styrofoam does not protect as well during low-speed impacts.

The luxury helmets are quite pricy, but the new materials being used in certain helmets can really improve safety. The best thing to do when shopping for a helmet would be to check what features and materials come with it. Not every feature is needed but can have an effect on safety.

As previously stated, it’s legal to not wear a helmet in Illinois, but it is illegal to ride without insurance. It is extremely important to have insurance so that if an accident occurs, the rider is covered. The last thing a rider, especially with no helmet, would want is to be liable for damages they caused and deal with an injury to themselves. 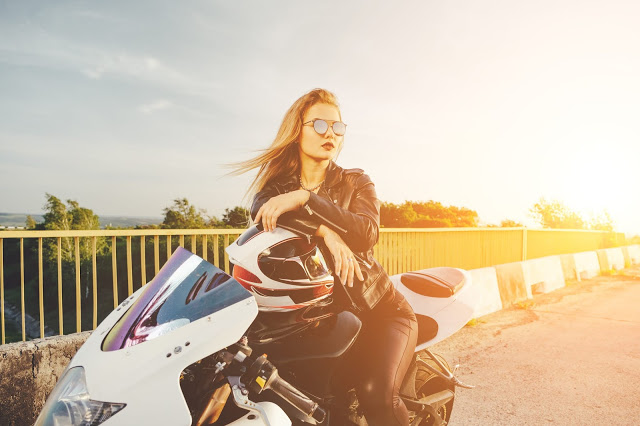