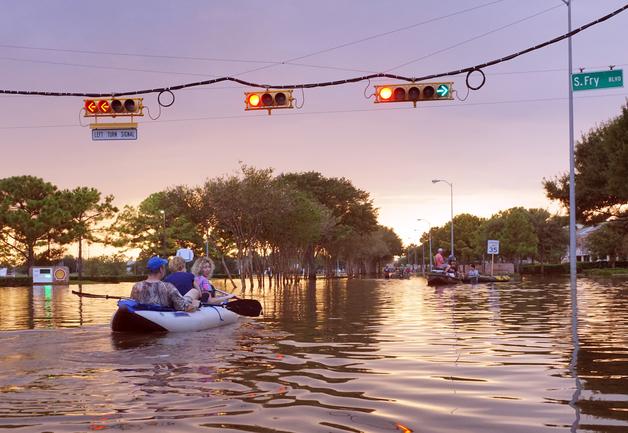 You may think that floods only occur in areas that reside near a large water source. But, that’s not the case. In fact, urban areas are quite prone to floods. So, what makes urban environments so susceptible to flooding?

The answer to that question is right beneath your feet. Well, unless you’re not currently reading this in an urban area. Then, it’s beneath someone else’s feet but that’s not the point.

The point is that surfaces such as roads and sidewalks aren’t very effective at absorbing water. It’s the reason your neighborhood streets probably fill with water fairly quickly during heavy rainfall. That rainfall doesn’t exactly have anywhere else to go without the assistance of storm drains, which is why urban environments flood so easily.

If heavy rainfall causes those drains to overflow, the water levels will just begin to climb and climb. Depending on the weather, this heavy rainfall could leave your street lightly flooded, or it could get out of control. This is why the idea that flooding only occurs in areas next to large sources of water is a common misconception.